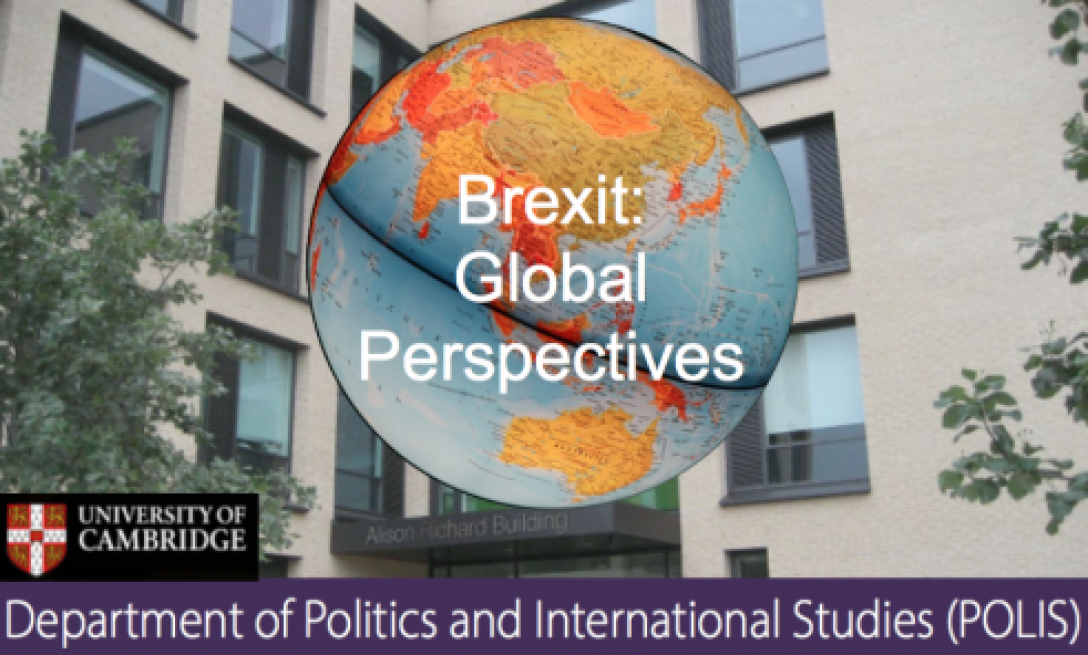 ‘Brexit: Global Perspectives’ aims to focus attention on the wider geopolitical implications of Britain’s decision to leave the EU. Using country spotlight perspectives and thematic symposia, the blog provides an open forum for critical analysis and discussion of diverse global issues and outlooks on Brexit. The blog is curated by Dr. Mette Eilstrup-Sangiovanni with assistance from Lucia Linares. It is hosted by E-IR.

Department of Politics and International Studies

Dr. Jamie Trinidad is a Fellow of Wolfson College, Cambridge and the Lauterpacht Centre for International Law. He is also a practising barrister.

Nowhere will be hit harder by Brexit than Gibraltar. Its participation in the EU, as a ‘European territory for whose external relations a Member State is responsible’, will cease the moment the UK leaves. Faced with reduced access to the Internal Market, and increased vulnerability to coercive action by Spain, Gibraltar’s 28,000-strong population is bracing itself for the economic and political turbulence that lies ahead.

The challenges presented by Brexit are the most serious Gibraltar has faced since the Spanish blockade of 1969-1985, when all land, sea, air and communications links between Spain and Gibraltar were severed. Gibraltar’s EU referendum result – 96% in favour of ‘Remain’ – reflected the anxiety of a community that knows what it feels like to live in enforced isolation from its European neighbours.

In the words of Gibraltar’s Chief Minister, the Gibraltarian referendum vote did not even ‘move the needle’ of the overall result. It nevertheless sent an important message about Gibraltar’s particular interests in Europe and the strength of feeling of its inhabitants. The timing of its announcement – at midnight Central European Time, an hour ahead of the first UK results – was canny. It was a flash of real news amid the speculative ramblings of the TV pundits, and it made the UK sit up and take notice.

For a start, the Gibraltarians are of mixed European ancestry. They descend from immigrants from Genoa, Malta, and elsewhere in the Mediterranean, who were drawn to Gibraltar after its cession to Britain in 1713. Gibraltarian culture, from the llanitodialect to the cuisine, has also been profoundly shaped by the physical proximity to Spain.

Countless friendships, families and business relationships have arisen from, and are dependent on, the movement of people across the border between Gibraltar and the Spanish town of La Línea. Spain’s sixteen-year blockade of Gibraltar did not just hurt Gibraltar’s economy; it tore families apart. Far from ‘falling like a ripe fruit’, as Franco predicted Gibraltar would, it held out with the support of the UK, and the resolve of the Gibraltarians never to accept a transfer of sovereignty to Spain intensified.

Joining the EEC in 1973, under the UK’s accession agreement, was a cause for optimism in Gibraltar. It gave people a sense of renewed connection with Europe at a time when they felt most marginalised. The re-opening of the border in 1985 was a pre-condition of Spain’s joining the EC in 1986.

Such developments may partially explain the variation in attitudes towards the EU in Gibraltar and the UK. If you ask Gibraltarians about their personal experiences of EU membership, the conversation is unlikely to turn to imperial weights and measures, oppressive rules dictating the shape of fruit, or benefits payments to immigrants. You are more likely to hear stories of unrestricted travel, reunited families and economic prosperity.

Participation in the EU’s Internal Market has been a major feature of Gibraltar’s modern economic success. Reduced access to the market in services will hurt Gibraltar’s thriving financial services and online gaming industries, but 90% of the business in these areas is with the UK, so as long as unrestricted access to the UK market continues, service providers based in Gibraltar should be able to continue operate successfully. Gibraltar has never participated in the Customs Union. The economic challenge, while serious, is not insurmountable.

The crux of Gibraltar’s Brexit challenge is political. The Spanish Government has been open about the fact that it considers Brexit to be a once-in-a-lifetime opportunity to recover sovereignty over Gibraltar. As its opening gambit, it has attempted to resuscitate the idea of a co-sovereignty arrangement which, it says, will enable Gibraltar’s continued participation in the EU.

There is no appetite for such an arrangement in Gibraltar, but the Spanish government will seek to advance its cause at every stage of the EU/UK negotiations. A few days ago, it announced that it will veto any EU/UK open skies deal unless Gibraltar’s airport is excluded. More worryingly, it has talked of possible restrictions at the border post-Brexit. The main deterrent to such a policy is that it will do untold damage to La Línea and the broader Campo de Gibraltar, many of whose residents depend on Gibraltar for their livelihood.

It is therefore not Brexit per se that Gibraltarians fear most, but rather what Spain is able to do once Gibraltar loses the legal protections afforded by its EU status.

Gibraltar’s way of life is guaranteed by the UK and, for now, the UK government is making the right noises about defending Gibraltar’s right to self-determination. But Gibraltar has been used as a bargaining chip in the past (consider the Blair government’s craven attempt in 2002 to cut a sovereignty deal with Spain in return for Spanish support for the invasion of Iraq).

Ironically, Gibraltar’s most reliable supporters in the UK are drawn not from the ranks of pro-European centrists, but from the most nationalistic, pro-Brexit elements of the political and media establishment. If Brexit goes wrong, and if the UK’s power and influence in the world wanes significantly, the nationalists may find they are too busy fighting for their political lives and deflecting the blame onto the ‘enemies within’ to stand up for little, pro-European, Gibraltar.

For now, the Gibraltarians, a resourceful people who are well accustomed to enduring the violent twists and turns of European politics, will continue to plan for an uncertain future.

View all posts by campolisblog